From August, 2013 Scents and NonScents

When Saul Rovinsky stepped down after 4 years as club president 10 years ago, we gave him a framed image of our new training site. It had the inscription, "The House That Saul Built." We could have added, "The Club That Saul Saved."

Saul took over the club in the late 1990s, when the money wasn't coming in and we had to dip into club savings to pay the rent. We didn't know why things were so bad because the local economy was great. Maybe the city was leaving us behind in midtown as it grew north and west. At any rate, Obedience classes, the only ones we offered at the time, just weren't filling. Saul not only turned that all around, but he parleyed pending disaster into the home we have today.

Saul died July 24 of a heart attack at age 84. We were all stunned. Saul was supposed to live forever. It was in Saul's strong constitution. It was in the club constitution. He'd been vice president only last year. He was still copying and mailing the newsletter.

I had my last of many breakfasts with Saul a dozen days before he died,. Like always, he'd just as soon talk club as talk dogs. Saul loved dogs but was always mystified at everyone's preoccupation with their next title or the latest training methods.

At most of our breakfasts, I'd get Saul to talk about his critical four years as president and the profound changes he'd made. He always talked about them as if he was just another player in the drama--not the man who made it happen or let it happen.

So, in the late 90s, he was open to fans of Agility. They'd convinced him that it was The Next Big Thing. His good sense saw it as a potential boost in income. And did we need a boost. Members at that perilous time gave serious thought to abandoning our training site near Menaul and Washington. We'd meet at whatever restaurant and train at whatever city park.

So Saul supported a radical change, putting an acre of club-owned land to use for Agility training. The sacred land hadn't been touched since it had been purchased nearly a half-century before, probably as an investment, not as a future training site. It was regarded as a kind of emergency asset but don't you dare ever use it in an emergency.

The site was prepared for Agility, thanks to an anonymous donation.

Then the money from Agility training poured in. The club was saved.

Then another miraculous thing happened. The parochial school next to our new Agility site wanted to buy it and expand.

That acre the club bought for a song decades before was now worth a ton of money, being located near I-25 and Paseo del Norte. As hot as real estate gets.

As president, Saul could have thought, "We're paying the bills. We're good." He could've turned 'em down. Instead, he did a land deal and parleyed it into the permanent home we have today, the real home we'd never had.

Saul easily convinced the membership of the literal value of owning a home of our own. It was decisiveness rarely seen.

New land was acquired, our building was built, complete with Agility site. Another anonymous donation greased those wheels. We'd finally found a forever home after bouncing around Albuquerque over the years in 5 different locations, renting here, leasing there.

I think of Saul as the second most important figure in club history.

Collectively, the Founders of 60-plus will always be number one: Mike Favia, a civilian from Sandia Base, Lt. Harold Kinne from Kirtland AFB, Kiku Kennedy and her husband, Vern, a certain Capt. Rosner,and a certain Stan Swanson. Kiku told me years ago that Favia was the only one who knew how to train a dog, so apparently they all learned from him. Our archives have a photo of Mike teaching the club's very first class.

You have to found a club before you can save it. Saul saved it. The founders would be astounded at their legacy--and his. ---

Note from the webmaster: The SDOC Service to the Club Award, which is given to a club member who has provided outstanding services for the year, is named after Saul Rovinsky. 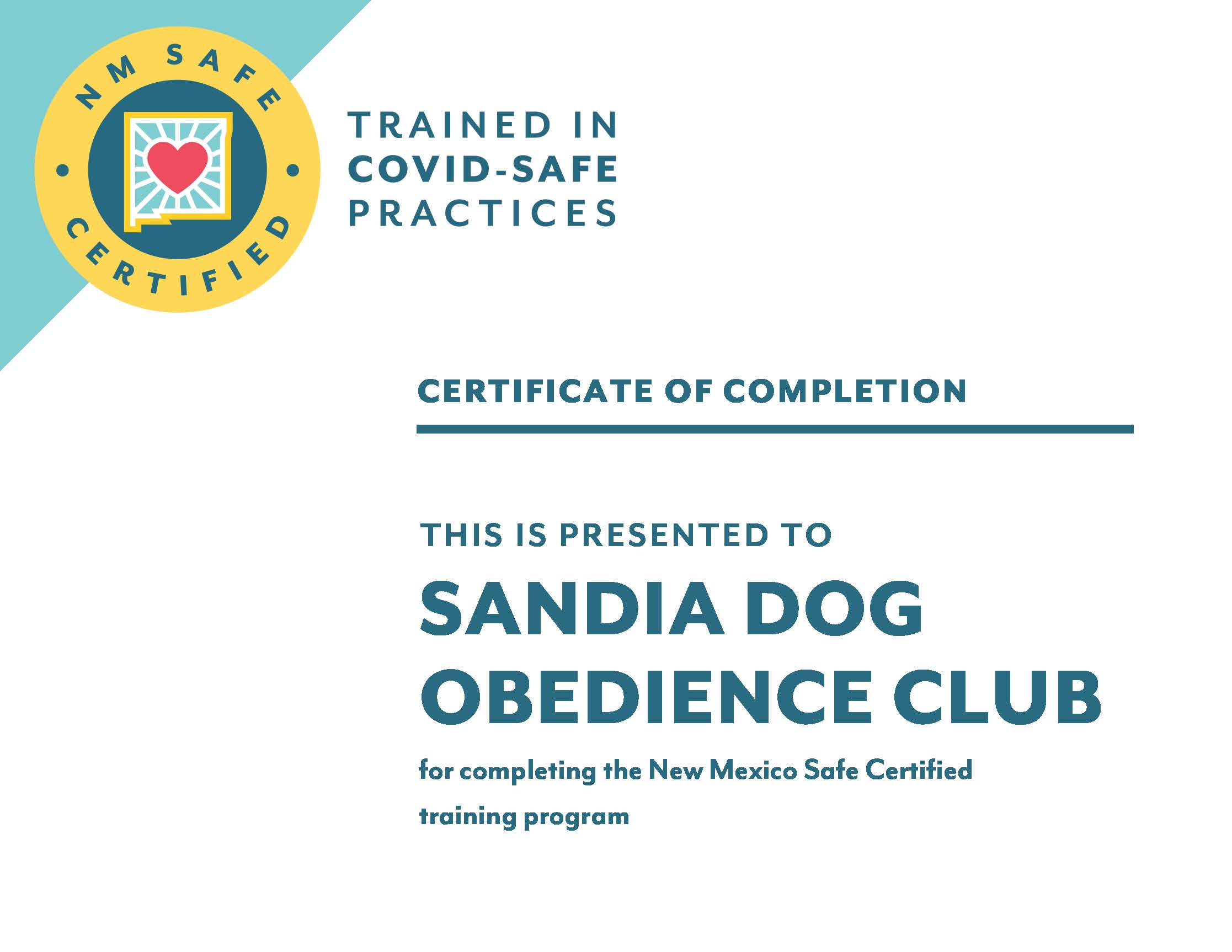